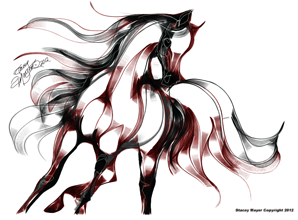 A Job Kept Me Home

Seraphim was the last remnant of my childhood and family life.* I felt my heart was breaking, and although it was time to, "go away to school and grow up", I wanted to bring my anchor from happier times. Riding him during the week would be easier by bringing him to Pullman, WA with me.

Only a year earlier, both of my parents, my younger sister Martha, and little brother David drowned in a boating accident. One younger sister, eleven-year-old Randi, survived but had been sent back East to live with relatives. My older sister, Una Stewart, was working in Seattle, preparing to earn her Masters in voice.

Seraphim was boarded in a modest barn with turn-out paddocks right outside of town. The Pullman hills were lovely to ride. But in late spring, my horse came up with an intermittent limp. While riding him in a lesson late in May, my dressage instructor, Mrs. Betty Tukey, discovered my left leg didn't seem to take directions very well. I couldn't manage to place my left leg on the girth where it belonged. This may have been contributing to his way of going, too. She was concerned, and as I was kind of sore down my leg, we both felt I'd probably pulled something.

As summer approached classes were finally let out. I found a house to share with some girlfriends in Pullman for the summer. "Perhaps with a summer of riding the hills in the sunshine, I'll feel like myself again," I thought. One more visit to "Hall Health" to see what was happening with my leg. The pain was getting worse, and Mrs. Tukey said no more lessons until we knew what was causing my persistent leg pain, and Seraphim's occasional limp. I went to see my doctor again, while a veterinarian was scheduled to see Seraphim for an x-ray.

I called my sister and my home teachers from church. I was admitted to the Pullman Regional Hospital. My sister Una, called me back from Seattle, frantic - instructing me not to let them do anything till she got there. My response to her, already in the middle of a myelogram, was a dreamy sort of, "OK", through a fog, as a team of Doctors was counting my vertebrae at that very moment... "could we talk later?"...seems I had an extra vertebra...

The family lawyers were still wrangling over my deceased family's finances, and lack of will or insurance policies. They sided with logic and advised me to put him down, too. I wasn't in a good place to argue, but I knew Pullman had one of the finest equine surgical centers in America. I had to have faith. I insisted and told them I'd call again later.

My older sister, Una, not a horse owner, but my biggest supporter, went to the barn to see Seraphim before we left for Seattle. As she walked into the barn talking to the barn owner, Seraphim's dark chestnut face, with its bright white star and stripe, peered out of his stall. He looked at her, and nickered loudly; her voice sounded just like mine, so where was Stacey? He nuzzled her chest, bringing tears to Una's eyes. Later that night, she sat beside my hospital bed, and we agreed to try and save Seraphim. We arranged for his surgery at The College of Veterinary Science at Washington State University. Una took me to Seattle for surgery at Children's the next morning.

When I found myself waking up slowly from my back surgery, I thought I could hear someone. A young, friendly Doctor was trying to talk to me. He touched my toes. "Did you feel that?" Yes; now I could feel it. He smiled broadly. My left leg felt so warm. As I became more awake, the pain started burning down my lower back and leg - and nothing would touch the pain but time, the doctor told me. Una told me my friends were taking care of Seraphim and he was OK; a shot for my pain now, so I could sleep.

The medication brought strange dreams, and stranger faces. Oh, how I missed my mother. My little sister. I could feel the echo of something so sad. Even in my dreams, I seemed alone; but now Seraphim came for me, I was riding him over the hills of Pullman. Golden, rolling hills. The pain was moving away.

A week went past, and I began walking slowly and carefully. A week later, I walked out of the hospital on my own, with my doctors clapping for me. I came home to my childhood Seattle home, now strangely quiet, minus so many voices from my family. I was so weak, I couldn't even get dressed by myself.


How was my horse? My sister told me as she laced my shoes, that he was better than the veterinarians expected. Evidently, there was a shadow on his x-ray making the break look worse than it was; all they had to do was remove the broken tip, and he should be sound again. My world seemed to shift; my horse would be OK. She told me there was someone riding him now, and as soon as I could put my jeans and boots on by myself, I could drive over the pass, and back to Seraphim. I saw this as a challenge; I wanted to go back to Pullman. This house was missing too many voices.

Over the summer, one of Betty Tukey's students, who rode dressage horses on an international level, had been exercising my gelding after his surgery. He'd really liked my "little" 15.2-hand three-quarter Arabian. "He's a nice horse. I enjoyed his smooth gaits!", he said. Seraphim was glowing from the care of the whole barn, knowing I needed that horse, the Pony Club members, and fellow horse lovers had stepped in and helped.

By late winter, a handsome young man, named Philip Mayer, returned from his Italian mission for the LDS Church. We danced together at an LDS Church Young Adult Conference in Spokane, and he told me he'd like to meet my horse. Phil and I had known each other slightly as children in Seattle. Our mothers had been friends in the Seattle Seventh Ward. I felt he was family I had found again. He loved horses, too; in fact, he told me his name, Philip, meant, "lover of horses". That sealed the deal.

It's amazing, the influence of a humble horse, on a life. Latter-Day Saints are taught that animals also have eternal souls; they have a mission here on earth, too. If it hadn't been for Seraphim, I would have been boating on Ozette Lake with my family that day. Instead, I was at home in Seattle, working at a summer job to pay for his winter hay and board.

Today, my dreams are happier. Most of the time, I dream of the life Phil and I have made together. Phil and I recently celebrated forty-six years of marriage. We have four horse-loving daughters, and a grandson and they all know the story of Seraphim, the horse that kept me home. 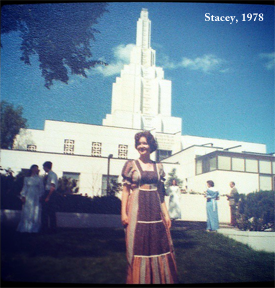 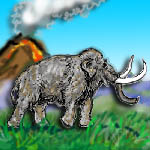 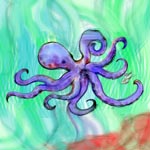