The Grizzly bear's territory covers all of the northern United States and most of Canada. We have seen black bears in the wild, but thankfully, never a grizzly bear! 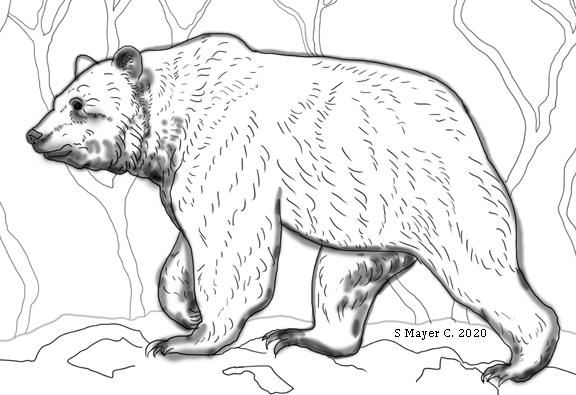