The Puget Sound basin has a rich history of diverse prehistoric animals, preserved by a local fossil record.

As the ice age glaciers disappeared, and our deep gullies filled with seawater, (Puget Sound,) there were giant Woolly Mammoths, Short-faced Bears, and our own versions of today's speedy cat, the cheetah.

Here's one of my favorites; the Woolly Mammoth. Several large fossilized Mammoth tusks have been discovered around the Pacific Northwest, found by Washington State residents during farming activities, and one was even found by a downtown Seattle building crew!

Washington State used to be home to thousands of Woolly Mammoths. Our big Woolly Mammoth should be a lot of fun for you to print and color. 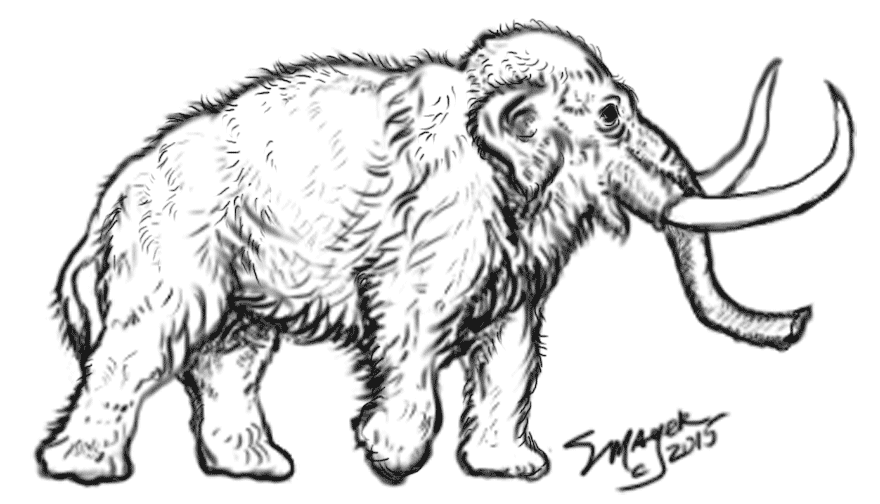